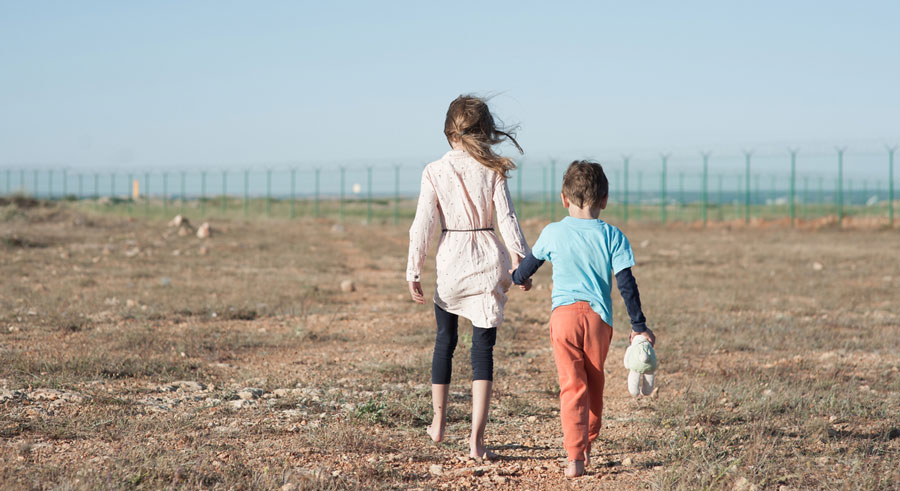 For many people who have been raised in the USA, it’s hard to fathom the tragedies and horrific events that occur outside our borders. It’s one of the main reasons immigrants choose to leave behind their homes, their country, their families and make the hard journey to come to the USA seeking refuge and protection, especially being a part of the LGBTQ community. Unfortunately many countries are not so friendly to this particular commmunity and do not protect them from the harsh discrimination they endure. Below you will find a story of one of Bailey Immigration’s clients whose story is unforgettable. The name of the client, along with other details have been changed to protect his privacy.

As a young boy Oscar was brought to the USA by his family. He was raised attending the USA school system and went on to apply for Deferred Action for Childhood Arrivals (DACA), where he was granted work authorization. Prior to applying for DACA, Oscar’s world had turned upside down.

Oscar always knew he was different and unlike other male peers his age. Struggling with his sexual identity at an early age and too afraid to tell his parents, he did his best attempt to hide it, however, it was more than apparent. He confided in a cousin, who ridiculed him for years. On one occasion, while his cousin was under the influence of alcohol, he and a friend raped Oscar when they gave him a ride home.

To his tragedy, things would only get worse. He soon realized he was in a very unfriendly, unforgiving, and unkind country to people like him: gay males. He made his best attempts to gather what little money he could and go to the USA/Mexico border to return to the USA; a place he felt safe and accepted. While at the border in Tijuana, he had run out of resources and decided to reach out to an elderly couple in Oregon who took to his liking and were sad to see him leave the USA, asking for help. Unfortunately helping someone enter the USA unlawfully is a federal crime and they could not help him. His first attempt was not successful and he ultimately returned the Yucatan where his mother awaited him.

His mother’s harsh treatment after realizing he was a Gay male only became worse in Mexico knowing that child abuse was a crime that more often than not goes unpunished in Mexico. Oscar’s mother, in her attempts to straighten out his sexual preferences, had him picked up by police officers and institutionalized into a drug and alcohol rehabilitation center that had also provided ‘conversion therapy’ to gay youth. In this center, he would go on to be raped and sexaully abused for the three months he was there.

Unfortunately, Mexico does not treat the LGBTQ community kindly. They are ridiculed, beaten, raped, and treated as less than in much of the country. The police and other institutions will gladly follow a mother’s request for the right price with disregard if there is any legal standing. Oscar was not an alcoholic nor was he a drug addict, but because his mother was willing to pay the police officers and the institution none of this mattered.

Upon Oscar’s release from the Rehab Center, suffering from depression, anxiety and PTSD, he once again made an attempt to go to the USA/Mexico border. This time he was successful and managed to enter the USA unlawfully, a journey that was not easy physically nor mentally.

He bottled up his emotions and suppressed his depression and PTSD best he could. He confided in only close friends and years later would tell them the extent of the abuse he endured while in Mexico.

He finally built the courage to seek help with encouragement from his long time friends and many years later, scared and nervous he was able to open up to Bailey Immigration where we helped him apply for Asylum and for DACA due to the long wait times in receiving a response from the Asylum office. His DACA was granted within 6 months of applying, but his Asylum application would be pending for 4.5 years. Oscar overcame not filing for asylum within one year of entry by obtaining a therapist report that stated he suffered from ptsd. We are pleased to announce that he was recently granted Asylum, which is a pathway to residency and ultimately citizenship!

It’s tragedies like these, that make us feel fortunate to live in a country where protection, safety and security is offered to all individuals no matter their background. We protect our human rights as fiercely as we do, remembering that not all countries are blessed to give freedom to their citizens and residents. Sometimes it’s your sexual preferences, other times it’s your political opinion and in other cases your choice to practice your religious beliefs, that could place you in harm. Ultimately, it’s these freedoms that we are blessed with that attract many immigrants seeking the same freedom they have been deprived of in their home countries.

Please call us at (503)224-0950 for a consultation. We will let you know if we think you are eligible for an immigration benefit. With our expertise and over 20 years of experience, we will look at all avenues of relief.